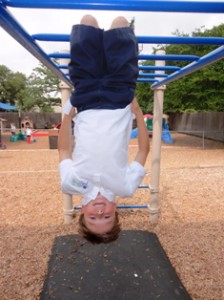 William: Excelling in math, science, languages – and at home in the world. William spent 2 years at Austin International School and now attends Tandem Friends School in Charlottesville, Virginia. William has been performing well at school across the board, and we weren’t surprised to learn that he is faring extremely well in math, science and languages. He won the Bronze medal (rank 6) of the National French Contest, le Grand Concours, in the spring of 2012. He also participated in the Duke Talent Identification Program (TIP) for gifted children. William continues to study French at school and has added Latin as well – in his first year of studying the language, he was the top student in 7th grade Latin. With his quick, outgoing and considerate personality, William’s parents have said that “differences among people are normal to him”, and we could not be prouder of our former student. 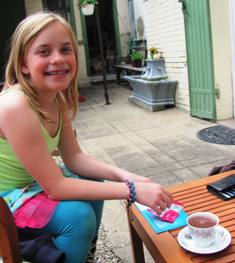 Maya: Never afraid to try new things. Now a student at the Khabele School in Austin, Maya is a child with an “expanded, worldly view of society,” which her parents attribute directly “to her exposure to other cultures and languages at AIS.” She is performing very well in Spanish and in English and writing classes. Maya has been invited to apply to the Duke Talent Identification Program based on her high ITBS scores. She continues to travel to France to maintain French skills. She also attends our weekly Alumni Club, at which she keeps up with culture, world events and news while speaking and reading French. Maya benefited from the culture and experience of the diverse community at AIS that has helped her become a young lady who travels frequently with ease and a sense of adventure.

Callie: Compassionate and hard-working team player and independent spirit. Now a successful middle school student at St. Stephen’s Episcopal School in Austin, Callie is challenging herself with advanced math and language classes. Having spent her elementary years at Austin International School, she completed high school French II in 6th grade and high school Spanish II in 8th grade. She continues to speak, read and write French and is planning to return to French studies and to France when she gets to high school. Callie has been invited to the Duke TIP program based on high test scores. She is a competitive hockey, soccer and lacrosse athlete who will be traveling to Canada to compete with Canadian soccer club teams. Her parents say they believe “that the multicultural environment and the international experiences at AIS allowed her to have a broader world view than many of her peers.” She is a very independent learner as well, having studied in multiple languages at AIS and having homework with which her parents could not always help. That self-sufficient and open-minded spirit was on display while on a recent class trip to France. Callie connected immediately with her French peers and – having previously traveled abroad on AIS-sponsored student trips – had a fearless sense of adventure while exploring without her parents. 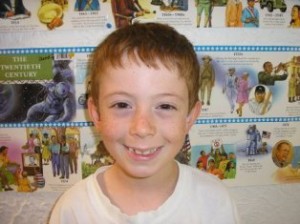 Mark: Technically adept, critically thinking young Renaissance man. We’ve known mark since he was a 4-year-old in our MS class – and now he’s almost headed off to college to study computer science! He moved on to Ace Academy, where he is excelling in English and Rhetoric, Latin, Drama and math. Whether acting as the lead role in the school play to acing calculus, Mark makes the most of his opportunities. He received a gold medal in the National Latin Exam and consistently scores above average on his ERB tests. Mark is a regular traveler to Paris and uses his French to speak with relatives. His personal experiences in France and Italy have broadened his perspective of other cultures and lifestyles, and he is conscientious of political and economic changes affecting Europe and the United States. His parents say they firmly believe that having Mark learn French and Spanish helped him with Latin and his native English. “The use of cursive script helped with fine motor skills,” they say, “and the diverse curriculum only found at AIS – including architecture, art, and French history – helped shape his well-rounded education.”